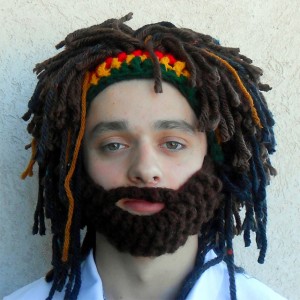 Cannabis culture has steadily been progressing over the last century. In the present day, tens of millions of people living in North America have used marijuana for a time or use it continuously still. Cannabis culture has an image and it has a philosophy, both of which are neither good nor bad. There are things about cannabis that are worthy of praise and things about it that are worthy of caution.

The image of cannabis culture is all too recognizable. It is generally characterized by Rastafarian colors, reggae music, Bohemian apparel and a generally relaxed vibe along with plenty of snacks. It is also presently associated with public displays that intend to influence mainstream culture and legislation in favor of cannabis freedom. These scenes are often represented by the 4/20 symbol (April 20th is embraced informally as a day to celebrate cannabis) and public figures such as Marc Emery, who served time in a federal United States prison for his cannabis charges, are toted.

What lies beneath the image is a somewhat worshipful regard for marijuana. The active ingredient in marijuana, THC, is a mild hallucinogen that has very particular effects on the brain and body. Its effects can range from bursts of imagination to a calming effect to increased energy to sedated behavior. Like most drugs, prescription or black market, marijuana does not effect everyone in the same way. It has the potential for incredible health benefits in some cases as well as the potential for psychosis and health complications in other cases. There is much about marijuana that still needs to be studied.

Those who use marijuana and derive benefit from it tend to revere it. They want to be under its influence for most life situations. They are frequently telling other people about how enhanced their experiences were because of the influences of marijuana. Some people who routinely use marijuana learn to handle its effects gracefully while others perpetuate the pothead stereotype of lazy and tuned out.