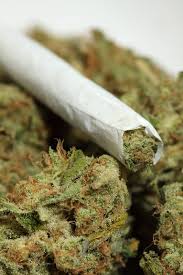 Marijuana culture today is so prevalent that many consider it to be part of their identity. Most of us have known someone at some point who not only smokes recreational marijuana, but they also sport Rastafarian colors in their homes, have a Bob Marley poster on their wall and launch into an hour long defense of marijuana use whenever the subject comes up. For them, marijuana use has become a way of life and something of a focal point in their lives.
This is a fairly common path that certain kinds of people choose, particularly young people. People are introduced to marijuana in a number of ways. Some want to be rebellious and seen as “cool.” Some are peer pressured. And some genuinely want to know how they perceive the world through an altered perception. People have a wide range of reactions to marijuana when they try it – everything from detesting it to not feeling affected by it to feeling strange to loving it. Some give it up and some continue to use it. Those who continue to use marijuana may use it in moderation, or they may become like our bong-toting, “One Love” singing subject, who the rest of us perceive as a bit too reverent toward cannabis.
What no one tells this weed enthusiast is that those who do not practice moderation with marijuana usually pigeon-hole themselves into a certain type of identity and reputation. Relationships with people who do not smoke weed begin to suffer because of an inability to relate to one another. Jobs and school performances become lackadaisical and in some cases get the individual fired or kicked out. Life responsibilities and obligations are not prioritized in a healthy, functional way and the person often gains the reputation of being undependable.
Feelings on marijuana use are mixed and controversial. What we do know for certain, however, is that moderation is essential, just like with any other pleasurable activity in life. Many people who go through this love affair with marijuana eventually shift their focus back to life obligations and find they have some rebuilding to do. It is never too late to shift your life’s focus from marijuana to something more purposeful. For those struggling with this effort, marijuana addiction rehabilitation and counseling are available.