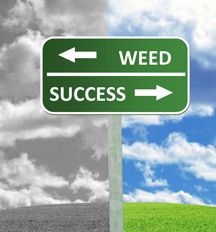 Marijuana is being discovered to have many benefits, however, even intelligent pro marijuana advocates acknowledge that there is good reason to exercise caution with marijuana and to not use it haphazardly. Marijuana is a controversial matter in North America. An illegal substance for decades, marijuana is only recently gaining some acceptance as a medicinal plant and a relatively safe recreational substance.

One particular problem observed in marijuana users are the mental problems they create or exacerbate in some people. Marijuana is known for its mild, gentle effects that provide relaxation to its users. But the fact remains that like any drug, it does not effect everyone in the same way. Some sedatives cause energy and anxiety in certain brain types, some sleep aids cause an allergic reaction in certain users and so on. One of the reasons that marijuana is being studied so heavily right now is because it has not been categorized for what type of effect it has on the brain. It would seem to effect different people in different ways, some positive and some negative. It is of particular concern to medical and mental health professionals that marijuana causes fear, paranoia, anxiety and even psychosis in some cases.

Another drawback to smoking marijuana is that smoking any plant matter results in some carcinogens that are hard on the lungs, and marijuana is no exception. The process of inhaling carcinogens and burning plant matter creates build up on the lungs over time that can cause cancer and other lung conditions. It is true, however, that burning through a cigarette is far more toxic than burning through a bud of marijuana because cigarettes contain tar and chemicals that cause cancer and other lung problems.

If there is any one true sentiment about marijuana use it is that there is simply too much we do not know about it yet and it should be approached with respect. It was prohibited for so many decades and studies were simply not done on it. There is a great deal of research to catch up on before we have a clear idea of how marijuana works and how widely embraced it can be.